At Offer-Ready, we allow companies to find their optimal mobile phone tariff. We've developed a bunch of proprietary algorithms to search over millions of potential combinations of base tariffs and optional packs in under a tenth of a second.

We need to store which tariffs are available, and what they cost, in a format that's easy for us to maintain. However, the calculation process needs it in a format which makes the calculation as quick as possible. Transformation from the first form to the second involves quite a few different steps, quite a lot of pre-calculation, and potentially quite a few hours of computer work.

Recently I created the "publisher" front-end software, which ties all these transformation steps together and makes them accessible via a GUI. The requirements were roughly this:

Here's a screen shot of the publish screen: 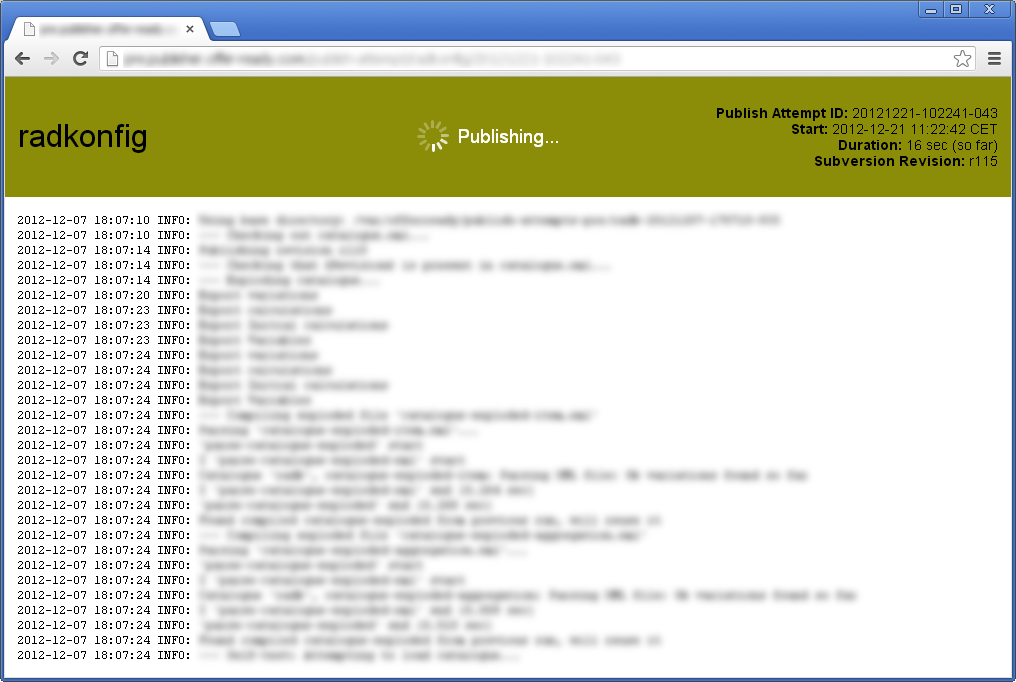 I designed and implemented the software for this publishing process. It works like this:

This is the next generation of the algorithm described in the article Atomic operations over filesystem and database.