I shall be blogging here henceforth. I have moved all my old articles over from my previous uboot.com blog.

The reason for the move was multiple:

It wasn't easy easy as I had hoped to set up this blog. I imagined just FTPing over a WordPress installation and that would be it. While I don't want to sound ungrateful to the open-source programmers who made both the blogging software, and the hosting software possible, there are a sufficient number of small problems – both in implementation and in architecture – with the internet, web servers, web protocols, and in every piece of software, as to make the seemingly simple process of installing some blogging software annoying and time-consuming. I am writing this at the end of the second day of full-time work creating this blog.

So essentially had I not been deeply familiar with PHP, HTML, Javascript, .htaccess files, FTP, XML and (to an extent) CSS, I would not have made it. This is not something I would recommend for "Aunt Tillie".

Anyway, now it's done, and as I now maintain this software in contrast to before, I look forward to also having to fix it when it breaks randomly in the future (as inevitably software always does).

Here are some screenshots (taken some years later) 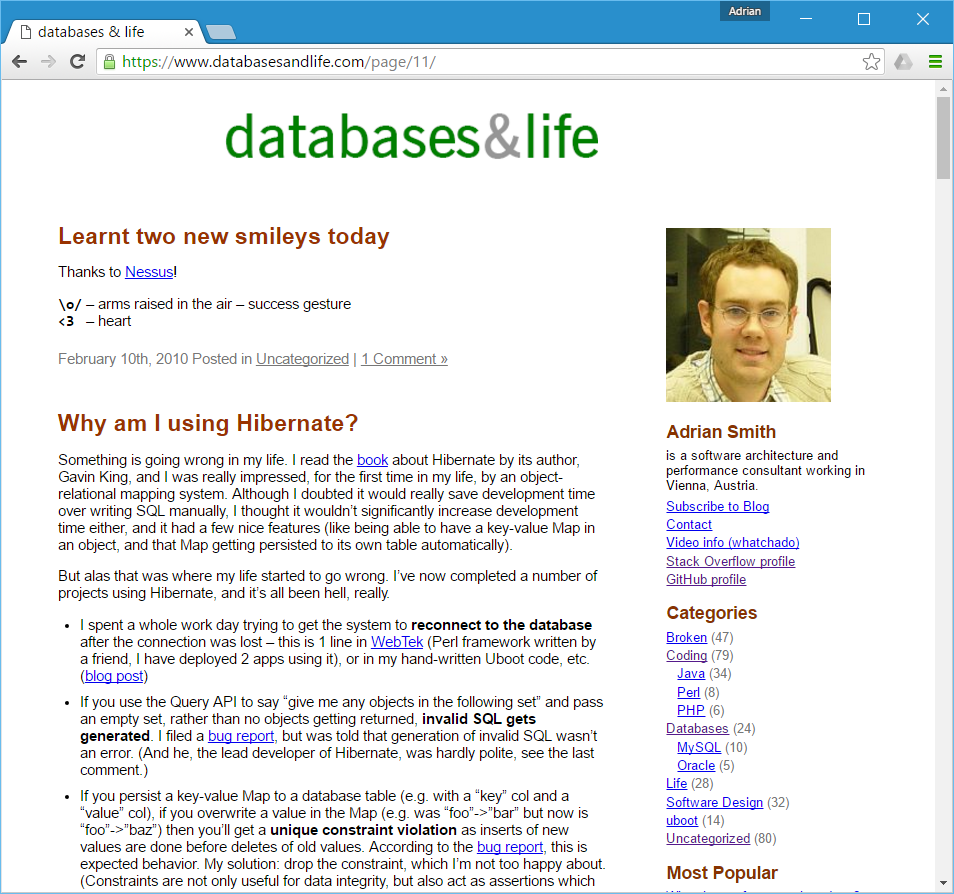 This article is © Adrian Smith.
It was originally published on 8 Jan 2008
More on: uboot.com | Meta (about this blog)